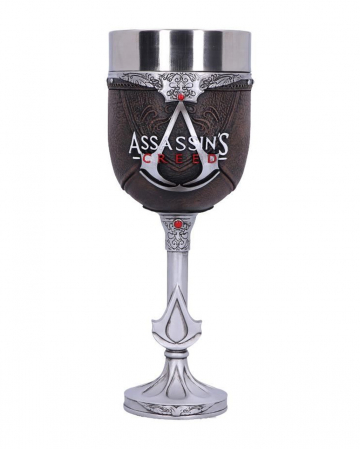 Item #: 50575
❤  Add to wish list
(0)
Reduced from 29,95 €incl. VAT, plus shipping
UnavailableOrder fast! Only a few items left
Delivery until 21.04. possible**
Available
Delivery until 21.04. possible**
** Only for deliveries inside germany, information about other countries can be found here
Fitting for this:
Add the product directly to your basket by clicking the checkbox

Licensed drinking goblet from one of the best-selling video games

For a Viking, drinking was more than just downing drinks, it was a beloved aspect of his identity, he would rather fight and die for his drink than give it up. Honor an ancient Scandinavian tradition and raise your Assassin's Creed chalice of brotherhood.