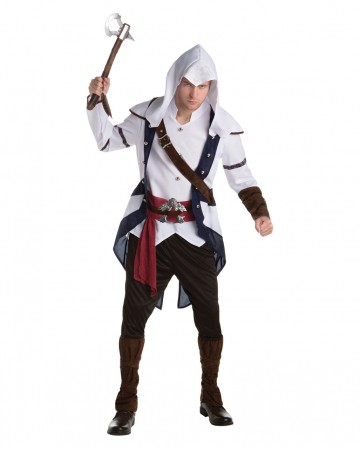 Item #: 35902
❤  Add to wish list
(0)
Reduced from from 79,95 €incl. VAT, plus shipping
UnavailableOrder fast! Only a few items left
Delivery until 16.05. possible**
Available
Delivery until 16.05. possible**
** Only for deliveries inside germany, information about other countries can be found here
Fitting for this:
Add the product directly to your basket by clicking the checkbox

Licensed Assassin disguise for fans of the video game

Dress up as a medieval assassin in the original Assassins Creed Connor costume. Ideal for gamers, live role-playing games and the next Halloween party.

The article is a costume for adults and not a toy. Not suitable for children under 3 years. Keep away from fire and open flames.