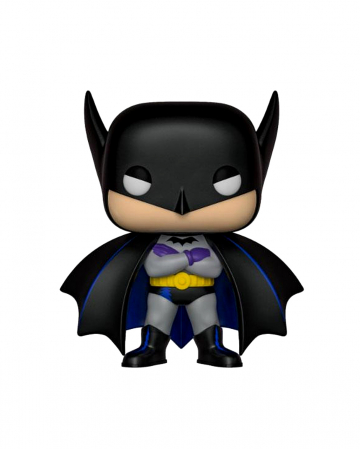 It's been 80 years since the legendary Batman made his first appearance. Courageous and determined, he has always protected Gotham City from evil forces and still watches over people in the darkness today. Worship the hero in the bat costume and order the Batman First Appearance Funko POP! figure. To celebrate its 80th anniversary, this Batman collectible figure looks great on your shelf or as a talisman!

You get an original Batman First Appearance Funko POP! figure to collect or give away. The Batman anniversary figure is approx. 10.5 cm tall and made of robust vinyl. He wears his typical superhero mask with a bat mask. As a Batman gift item, the figure is also perfect as a souvenir or guest gift.