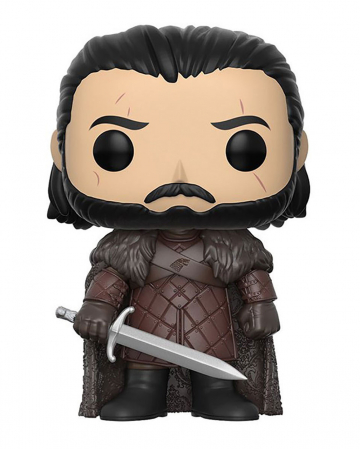 Aegon Targaryen's path in the fantasy series Game of Thrones spans from the Lord Commander of the Night Watch to the nomination of King of the North - a popular character among fans for the good in the world of Westeros. With the Game of Thrones Jon Snow Funko Pop! Figurine we have the right collector's item in the assortment.

The official Game of Thrones Jon Snow Funko Pop! Figure shows the fantasy hero in his stately armor, including cloak and sword - of course, the long black hair and beard must not be missing. At horror shop.

The item is a collectible figure for adults and not a toy. Not suitable for children under 3 years. May contain small parts that can be swallowed - suffocation. Keep away from fire and open flames.