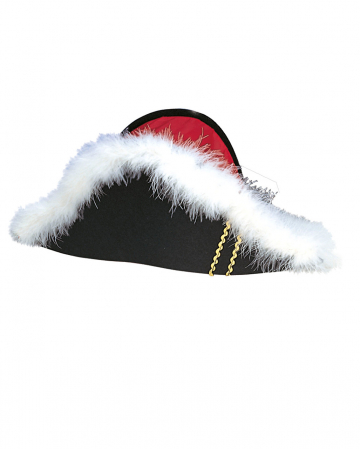 Historical costume accessories for your appearance as Napoleon Bonaparte

Napoelon was a great man. At least in spirit. And he has achieved great things. After all, he rose to become a statesman and crowned himself emperor. If that's not a career. With the Napoleon hat made of felt you will also become a great commander. Not the French revolution, but at least the carnival revolution will be a success under your hand. Become Napoleon Bonaparte at carnival in historical costume and crown yourself emperor of the local carnival.

What the real Napoleon could do, you've done for a long time. Put on the Napoleon hat made of felt and feel like a general with the teasing costume Zweispitz. The hat is cut in the historically classic shape and impresses with its golden decoration and fine feathers. Further accessories for your disguise as a historical figure like that you will Lieutenant Swordfind here in the shop.