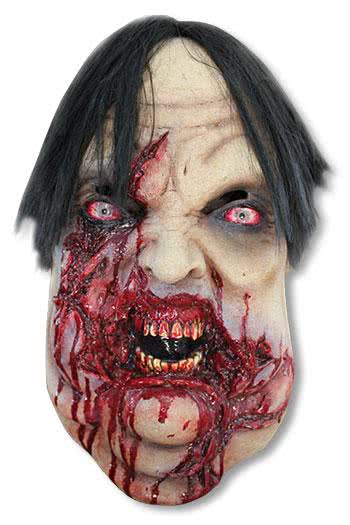 Become a gruesome butcher with the zombie mask!

The butcher in the meat factories do some already cruel work, but those are struck by the horrific actions of Butchers around lengths. The first impression of the Butchers, you might think he would have bathed in blood, but not only in animal.

The Zombie Butcher Mask shows a bloodthirsty butcher who has it especially apart on living people.He was attacked by an infected animal, and was infected with a dangerous virus.The Zombie Butcher Mask is very well made and shock elements has not been saved.The gruesome butcher itself totally mangled and his face is properly supplied swollen because he's so fat.The Zombie Slayer shows what his victims right pain.Suitable for the zombie butcher mask can our Bloody Zombie Cook Costume 2pcs and the Torture Tool Butcher Hook be combined.