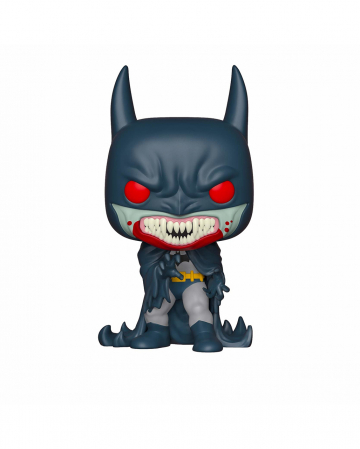 Anniversary figurine as a gift for DC Comic Fans

What's Batman looking at so grim? He wants you to put it on the top shelf. Because that's the place he deserves. The Batman 80th - Red Rain Batman Funko POP! figure is a very special collector's figure for all fans of DC comics and movies. For the 80th Anniversary the special Batman figure appears in the style of the nerdigen Funko POP! figures. An absolute highlight for all collectors.

That's why the Batman 80th - Red Rain Batman Funko POP! figure is also an ingenious gift item that makes the heart of the recipient beat faster. The approx. 10 cm high Funko POP! figure is with the typical style of the Funko Pop! Figures, big head and small body, simply irresistible for everyone who loves the adventures of Batman and co. The eyes of the little DC hero shine unusually red and in contrast to other Batman this one shows some teeth. The merchandise figure from the DC universe is made of durable vinyl. More cool fan articles from the house Funko POP! like that Funko Pint Size Heroes Horror Figureyou can find in our shop.